Brett somehow discovered some old glasses that my mom had in some cabinet over Christmas. While not quite the same shape as Ralphie's, I thought there was a striking resemblance. 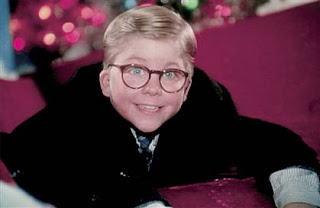 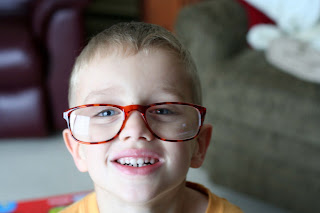 In an effort to try and get back into blogging, I'm going back to Thanksgiving. We decided to head down to Missouri this year to be with Mike's grandparents. Here's our Thanksgiving weekend via pictures:
There were many rounds of Uno Attack: 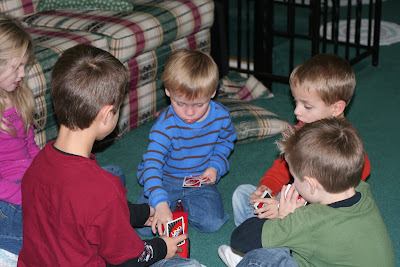 Lots of time spent ganging up on dad/Uncle Mike: 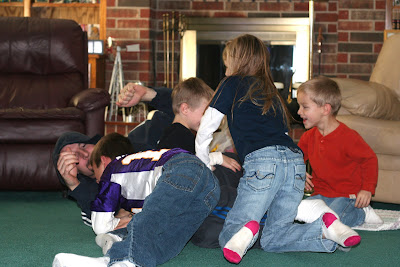 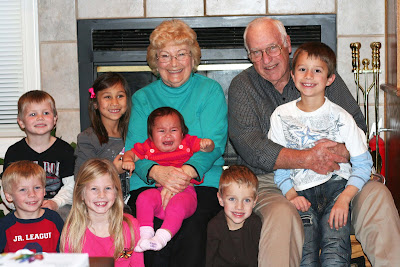 Here's one with the more cooperative grandkids: 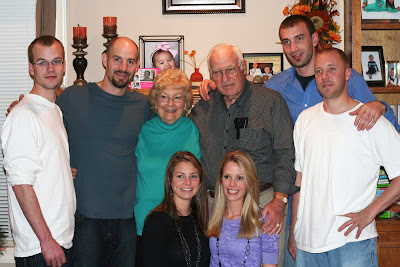 The day after Thanksgiving, we went with Mike's aunt & uncle to pick out their Christmas tree. It just seemed so weird to not wear a jacket and not see snow! 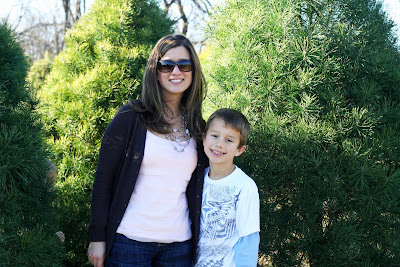 Brett was being quite the stinker this day and decided to go off on his own. This is how I found him: 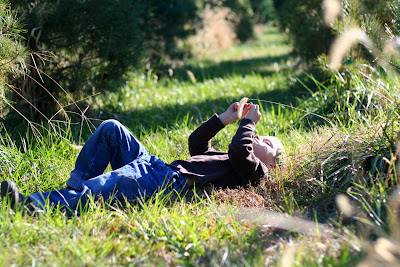 He brightened up a bit when he saw Santa, but wouldn't go anywhere near him. In fact, he asked me to go sit on his lap and tell him what he wanted. Didn't happen. 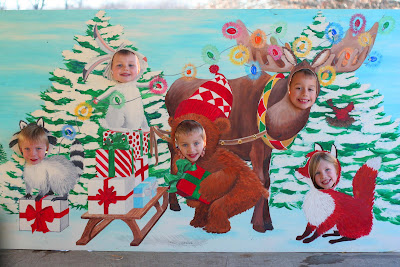