I always wonder what the boys do when they have their "boys weekend." I mean, I have an idea - candy, hot dogs, late bed times, donuts for breakfast, not washing hands for 3 days straight, but when they come home I just get a high level recap of the weekend - oh, we had fun is typically what I get.
Now, however, I know. I love when I have an "insider" who is willing to share the evidence - thanks Nancy! 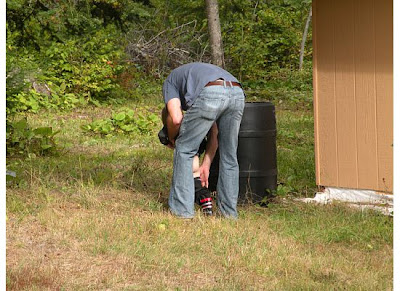 Walk through creeks that are deeper than their rubber boots. 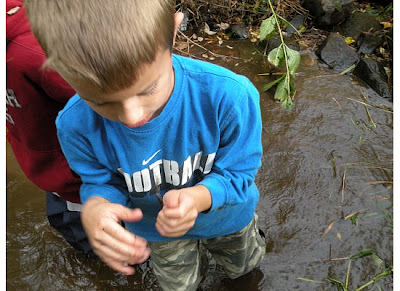 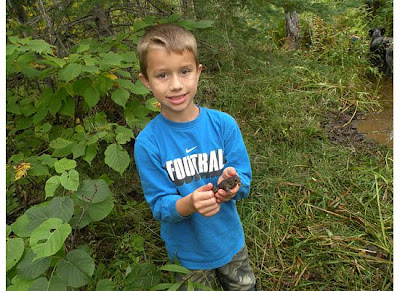 Catch snakes and take turns holding it and getting bit, but don't worry "it really doesn't hurt mom." 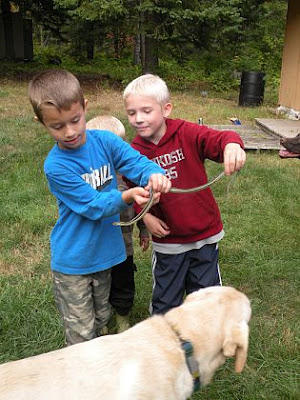 Perhaps I was better off just having an idea rather than knowing what really happens!
Posted by A Day In The Life.... at 9/30/2009 3 comments:

We've been busy just living life and loving it! On the 13th, it was the first day of Sunday School and the first day of any type of school for Brett. Mike and I had been hyping it up for a good week to get him excited. We were a little nervous as our child is very stubborn and if you don't understand him within the first two times of him telling you he loses all self control and gets so upset. He woke himself up at about 7:00am asking Mike if it was "time to go to school yet?" He was only 2 hours early! He got himself "all handsome" and told me we needed to take pictures like we did for his brother. Outside we went. 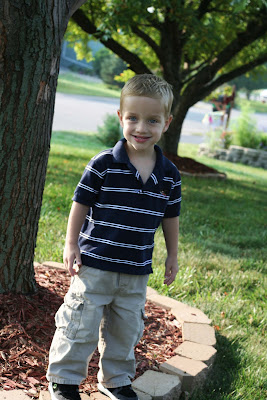 Mike brought the boys and said it was just adorable. Brett went in and sat in a teeny tiny chair, put his hands on his lap and waited. Colton said he sat by him in group so that he wouldn't be scared. When I picked him up, I peeked in the window to see how he was doing. He was sitting very nicely smiling and looking at the teacher. When the door opened, he continued to sit there just waiting as though he didn't want it to be over. Adorable. He saw me and immediately asked me if I liked his crown.......the crown he didn't take off all day. 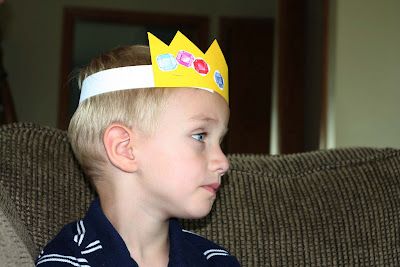 However, this past Sunday, he wasn't quite as excited. He thought it was a one time deal. His exact phrase was, "I don't have to go, I went yesterday." Everything is yesterday in his world. In the end, he went and loved it.
This past Friday we hit up the hometown football game with a few of our neighbors. I just couldn't resist this photo....the neighbor boy, Brett and Colton walking down the street in their football jerseys holding hands. 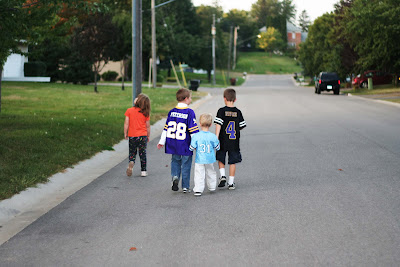 Here's my handsome 2nd grader. He was very excited to get his day started. 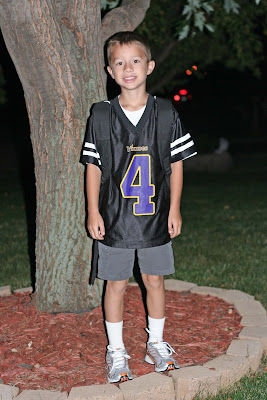 Here's my handsome 3 year-old. He was not excited to get this day started. He wanted his "bra-bra" to go to Judy's with him or he wanted to go on the school bus. 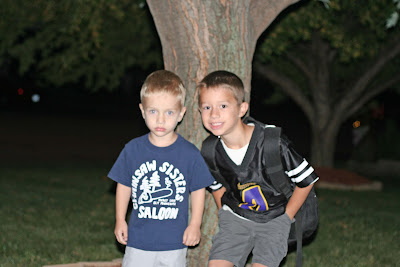 From what I can get out of Colton, second grade is pretty cool. He really likes his teacher. The only downfall so far? The fact that second graders eat last. Life is so unfair isn't it?
Posted by A Day In The Life.... at 9/10/2009 2 comments:

Mike asks if I ever blog about him. My answer is usually no. So this one is for you dear!
He went out fishing the other night with a friend. He was so excited to show me his fish that he must have jumped out of his truck and ran up to the window telling me to grab my camera before the truck was in park! 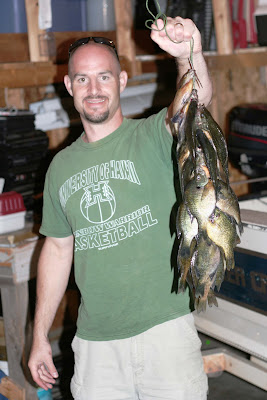 Nice work babe. Looks like we'll be able to eat this weekend. ;)

My little guy has a new obsession - grasshoppers. He just can't get enough of them. Whenever he spots one, his first words are "I want to touch it." Saturday after his nap, he and I went grasshopper hunting in our yard. We hit the mother load. These poor green guys had no clue what hit them! 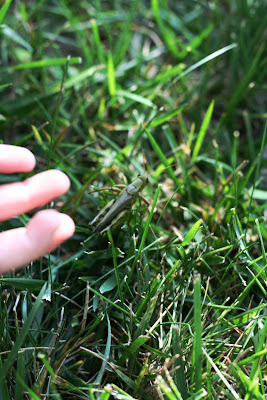 The kid talks to them as if they were soft, fluffy kitty-cats. "Oh, come here little grasshopper, you are so nice, I won't hurt you, I want to hold you." 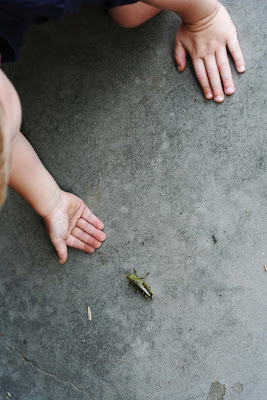 Just imagine his excitement when this big ol' hopper jumped right onto his ankle! He couldn't even believe it. 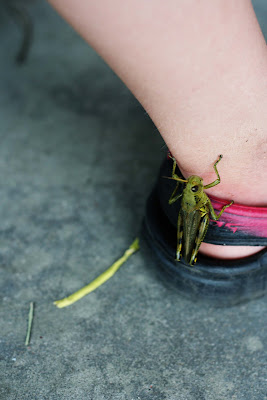 He told me that after all this work, he was hungry and was happy that the grasshopper jumped away to go find his dad, mom and brother. 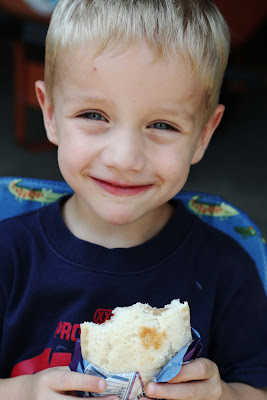