My latest obsession is Pinterest. Love. It. I have to limit myself each day because, just like facebook, 5 minutes of checking things out turns into an hour. I have been 'pinning' lots of things that I may never make, bake, buy, wear, etc. but it's just so much fun!
Last night I decided that I would whip up a recipe I  pinned to see what the fuss was all about. Because my dear hubby has some lactose issues, I figured this would be perfect for him if it was tasty. Boy was it! Another plus? MUCH lower calorie count than ice cream. The kiddos loved it too.

All you do is take frozen bananas (although I would suggest letting them sit out for a bit so they are not rock hard) and some cocoa powder (I used Nestlequik), blend it up and there you have it. It was very creamy and delicious!﻿

Some nachos, some popcorn, a movie and a dog who is just hoping you drop something. Looks like a perfect movie night to me! 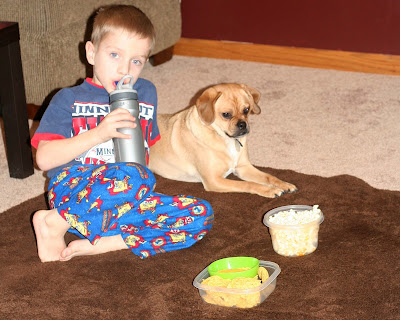 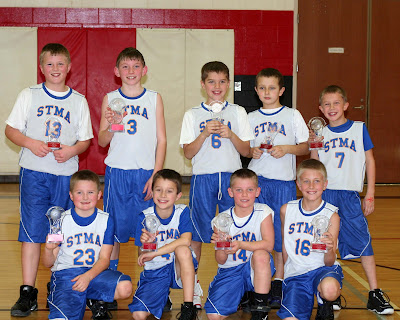 We've lived and breathed basketball just about everyday since January 1. Between in-house league practice and games as well as travel team practice and tournaments, we're either at a gym or we are sleeping. I love it!! The travel team (pictured) is such a good group of kids and their parents are all so much fun as well. This is the first year these boys have all played together and they are shocking us all.  It is just so much fun to watch them! They have won two championships and two third place trophies. Looks like I'll be adding another shelf in Colton's room!

Dinner With My 5 Year Old

Since Colton and Mike were at basketball practice, it was just the youngest and me for dinner tonight. I'm not sure how this conversation started or how it jumped all over the place, but I just had to share.

Brett:  When you are a grandma and you and dad move away, you'll have to call me and tell me where you went.
Me:  Deal.

Me:  So, do you have a girlfriend?
Brett:  No, I broke up with all of them.
Me:   How do you know about 'breaking up?'
Brett:  That's what they say on T.V.
Me:  Huh. So, did you tell all your girlfriends that you broke up with them?
Brett: Nope. Because I never even told them they were my girlfriends.

Brett received a snowboard from Santa this Christmas. On New Year's Eve we finally got a little bit of snow. The morning of New Year's Day, the boys were running out the door determined to teach Brett how to use this contraption. I watched from afar and saw my adorable boys work together to accomplish something. I quickly grabbed my camera and snapped a few shots.

Colton was helping Brett get his feet situated: 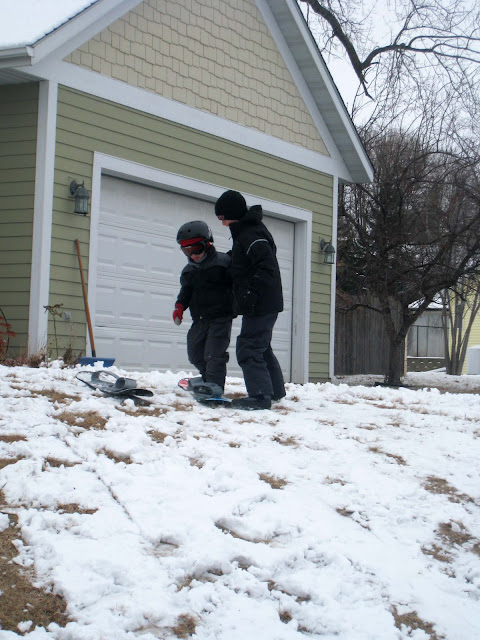 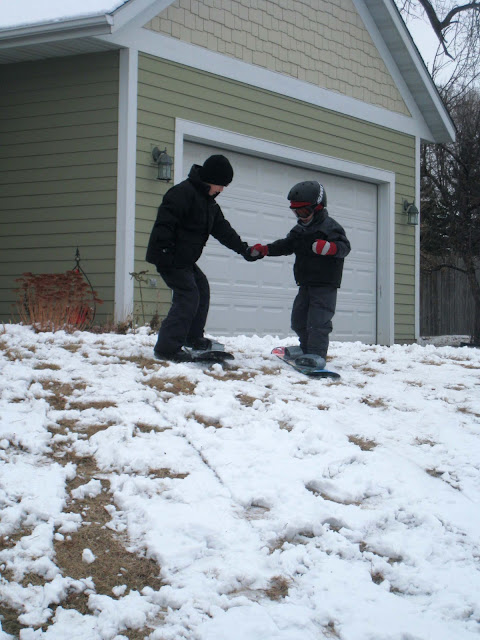 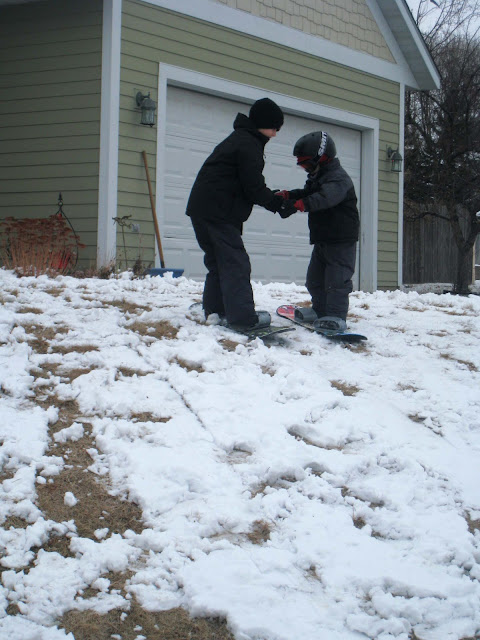 Not to fool you that my boys get along for long periods of time, approximately 8 minutes after these pictures were taken, Brett came back inside saying he was done because, "Brother took my goggles and I can't snowboard without them."

I almost forgot how to long into this thing. It's been awhile!

Here it is. The beginning of a new year. A time to reflect on all that has happened the past year and what your hoping for in the next year.

I'm not a resolution maker. However, this year, I've got a few goals for myself as well as for my family.
For some reason, if I throw them out there for the public, I feel a bit more obligated to stick to them. Wrong or right, it is what it is.

The family goal for 2012 is to focus on needs vs. wants. This goal is two-fold. The first is to focus on all that we've been blessed with and to be thankful for all that we have. This message was loud and clear to me when we were all watching The Blind Side over Christmas break and in the movie, Big Mike shares with LeAnn that he's never had a bed before. Colton just couldn't believe it ~ that this truly happens in today's world. It was an eye opener to me that we need to spend some time in 2012 helping/encouraging/supporting those that aren't as fortunate as we are. The second is to not spend money just to spend it. We do alright for ourselves, but aren't swimming in Benjamin's in our indoor pool (no we don't really have an indoor pool). I'm great at going to Target to get a few things like toilet paper and lettuce, but then walking out with 2 books, some new pens (when I've already got 36 in the drawer) and some things for the boys because I know they will love it. My husband on the other hand does really well avoiding the day to day purchases, but is more of an impulse buyer on big ticket items. Thankfully we're both on the same page for this goal.

My first is the standard goal that 99.9% of females have; eat less and move more. I have some great girlfriends that are all on the same page as me and we've got our own little program that kicks off tomorrow. Yee-haw! If you are interested, I strongly suggest the iphone app - Myfitnesspal. It helps you track your daily calorie intake and exercise.

My second is to get and stay organized in 2012. I spent a majority of this weekend clearing out closest. I went through my bathrooms and realized that I had 7 bottles of sunscreen. Seriously?!! I also cleaned out my spices and have to admit that I had many duplicates and containers that expired in 2008. Oops.

My third goal, which is a combination of goal 1 and goal 2, is planning out meals. This helps avoid any last minutes take-out orders or pizza calls (helps save $ for family goal and helps with lbs for personal goal). I've got the first week of meals planned out. Our schedules are crazy with basketball for the oldest 3-5 times/week plus wrestling practice for the youngest and school work on top of that.

And last, but not least is to facebook less and blog more. 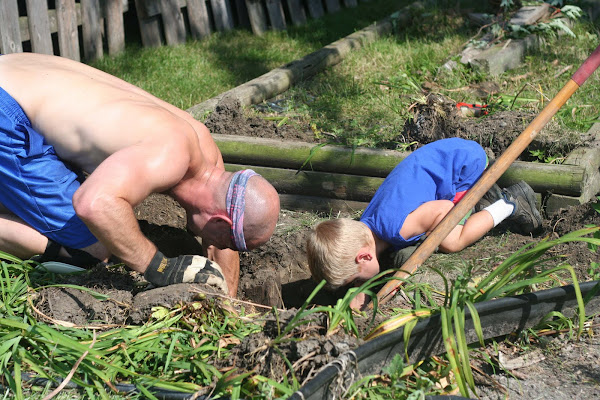 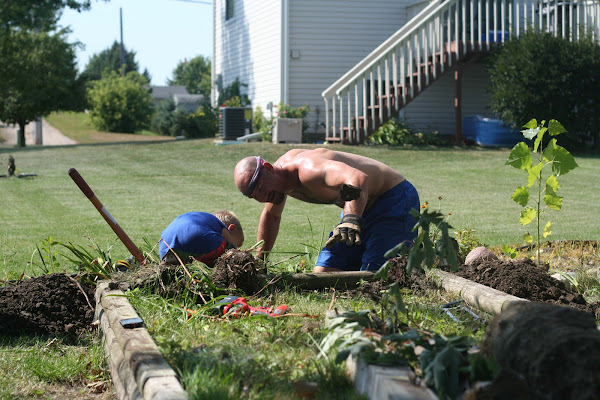