It was a busy one! Mike had to work overnights all weekend so the boys and I kept out of the house during the day. Saturday we hit up the Minnesota Zoo. We had so much fun. When I asked the boys what their favorite part was, Colton thought the mister was the best and Brett thought the cows were the best. Had I known that, we could have saved some money and drove down the road to the local farm and came home and ran through the sprinkler in our clothes. :) 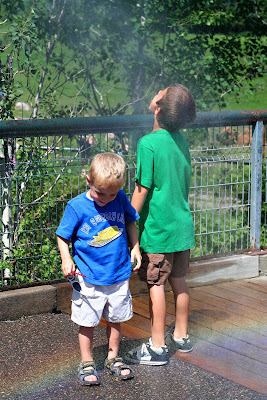 After the zoo, Mike was awake so we hit up the beach with some neighbors. The kids did a little shore fishing, dragon fly watching and then we grilled hot dogs for dinner. 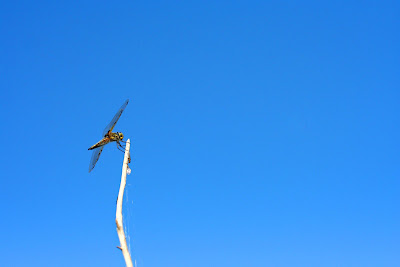 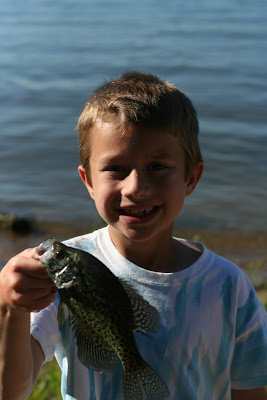 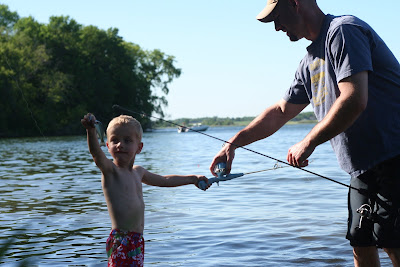 On Sunday, we took a little road trip to my dad's to have a little belated birthday party. We grilled steaks, played some baseball and set up a tent which the boys thought was the coolest thing ever for some strange reason. 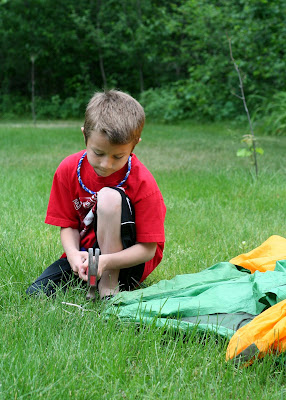 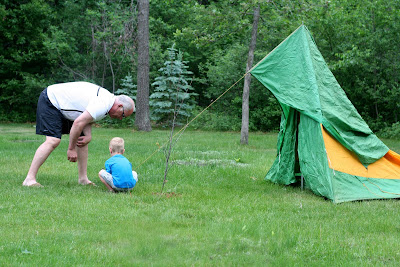 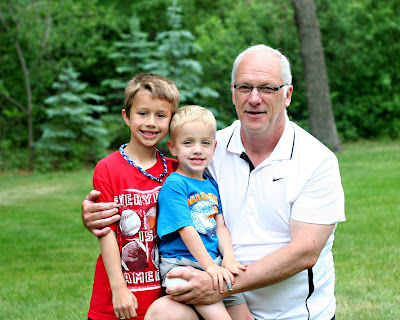 Brett hit the wall on Monday. We tried to go out in the boat, but all Brett wanted to do was lay on the beach on the towel. Poor little dude was exhausted. I took him home and he laid in his bed or on the couch from noon until bedtime.
It sure was hard to get up today and return to "normal" life.